The Redemption of the Monster

I recently received a message from a reader regarding one of the articles I had written on the subject of ‘turning the monsters loose.’

This term encompasses a tried and tested approach to creating sympathy with your main characters before bad things are bestowed upon them. It is an effective way of evoking the feelings of your readers and getting them emotionally engaged in your writing. — Hence keeping them reading. For, the people that we know and even for the fellow human beings that we don’t, there is an instinct to connect and feel (at least some of the time) compassion or empathy for them if they are in a bad situation. Such as a car crash, or the destruction caused by drought or hurricane.

However, this reader asked me what was my opinion on the redemption of the monster. An excellent point and one that I had not referenced in the article mentioned above.

Humans are not one dimensional…

They are not just good or evil. People have complex characters and often it’s the events in their lives and weakness in their reactions — that leads to them doing bad things, and in some cases those bad things become habitual. But even though we all do bad, or weak things at one time or another, we often can achieve redemption from our sins, or at least move forward with our lives.

This point is also delved into in some of the greatest stories ever told and involves the main character or sometimes a side character, who finds redemption and changes the course of his or her life.

One of the most famous examples of this is Scrooge…

from Dickens Christmas Carol. Scrooge is known to be a heartless and cruel miser, who puts money and the pursuit of money above everything and everyone else. He is cruel to others and even those around him that still show him care, such as his Nephew — Fred, he still shuns them and lives with an icy cold heart. In the story, most of the characters that know him, see him as some sort of monster. — An incarnation of many of the evils that can infect a human being.

He has a character that is easy to dislike and some of his traits to a lesser degree we may even recognise in people that we know in real life. But through a sequence of amazing supernatural events, he awakes to his terrible character and is somersaulted through a process of redemption.

At the ending of the story, when he realises he is still alive and has a chance to change his ways, this moment could be considered one of the most engaging parts of any story ever written. It is also one of my personal favourite moments of the book. To see how people engage with him expecting the same old horrible person, but only to be shocked by how his behaviour has changed (overnight).

(It’s also an interesting insight into how we all have assumptions on how people behave and how we act accordingly to these expectations — but I won’t go into this further now for that would be for another post).

The people around him are overwhelmed by his new found love and caring character. This is truly a monster redeemed.

Many other stories in books and movies, that rest in the realms of fame and our hearts, include powerful moments of redemption in one form or another. Such as the Shawshank Redemption (this is also voted as the best movie ever in IMDB), Good Will Hunting, Casablanca, also not forgetting — Darth Vader in Return of the Jedi. 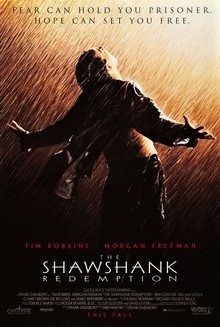 And this is not to mention the many heart warming stories of redemption in real life — of which they are countless examples of people changing their lives for the better. And of course, the real-life event’s are the most important of all.

So it is a powerful tool to let the monsters loose, but perhaps the best stories are when the monsters are redeemed. We are all vulnerable to weaknesses in character and the temptations around us. So although monsters in stories can be the most engrossing and scary to write and/or read about, perhaps the deepest and moving are those where monsters get redeemed. A person is not just a monster, they are not just one dimensional or an evil villain! — Although these characters do have their places in some of the stories we tell — it is those that are redeemed that can have the most impact on us.

This website uses cookies to improve your experience while you navigate through the website. Out of these cookies, the cookies that are categorized as necessary are stored on your browser as they are essential for the working of basic functionalities of the website. We also use third-party cookies that help us analyze and understand how you use this website. These cookies will be stored in your browser only with your consent. You also have the option to opt-out of these cookies. But opting out of some of these cookies may have an effect on your browsing experience.
Necessary Always Enabled
Necessary cookies are absolutely essential for the website to function properly. This category only includes cookies that ensures basic functionalities and security features of the website. These cookies do not store any personal information.
Non-necessary
Any cookies that may not be particularly necessary for the website to function and is used specifically to collect user personal data via analytics, ads, other embedded contents are termed as non-necessary cookies. It is mandatory to procure user consent prior to running these cookies on your website.
SAVE & ACCEPT
Go to Top